The end of the current European Parliament mandate also heralds the conclusion of the activities of the EP SEARICA Intergroup “Seas, Rivers, Islands & Coastal areas”, which the CPMR has provided the secretariat for since 2014.

The Final Conference of the Intergroup, which took place in Brussels on 9 April 2019, was an opportunity to reflect on these four years of commitment by SEARICA, its MEPs and its various civil society partners, to ensure that maritime issues are better take 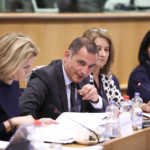 n into account in European legislation and funding. Throughout recent years, the Islands Commission has been strongly involved in the activities of the Intergroup, in particular in the organisation of high-level events highlighting the role and place of islands in the European Union.

From this summer, after the European elections, the Islands Commission will be take action alongside the CPMR to help renew this Intergroup, which is an essential platform for discussion and lobbying for all maritime and island Regions of the EU. 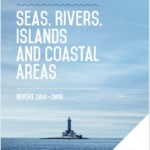 The 2014-2019 Activity Report published by the intergroup is available here.